Whats is the World Vision Day? 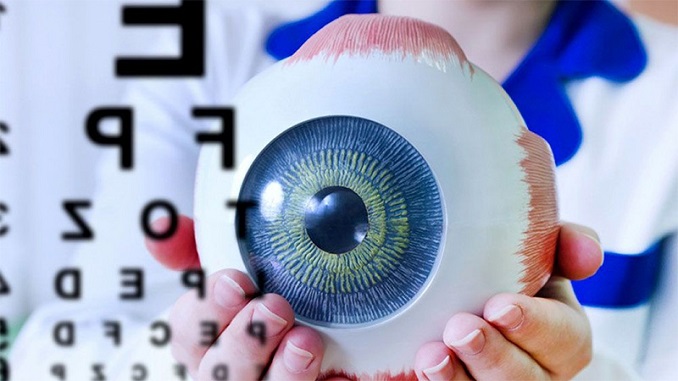 The World Sight Day (DMV) is an international awareness day decreed by the World Health Organization (OMS), in conjunction with the International Organization for the Prevention of Blindness (IAPB), which is held annually on the second Thursday of October, in order to focus as much attention as possible on the global problem of eye health. What objective does this day pursue? The main objective of the World Sight Day is to make people aware of the different types of eye conditions, their treatments and respective preventions, so that the patient doesnÂ´t lose all of their visual ability. This year, the World Sight Day is celebrated on October 14 of 2021 and as such, the OMS encourages the world population to make periodic visits to the ophthalmologist, to take care of their own vision; as well as, to be volunteers in its different campaigns and programs that seek to help people who are blind or have some type of visual disability, such as the IAPB’s VISION 2020 project.

The VISION 2020 program was implemented in 1999 by the World Health Organization and the International Organization for the Prevention of Blindness, in conjunction with other organizations allied to the United Nations and 40 countries around the world, which seeks to improve the quality of life of millions of women, children and men with visual disabilities. By 2020, within its annual World Vision Report, the OMS concluded that in the world at least 2200 million people have visual impairment or blindness; of these cases, more than 1000 million havenÂ´t yet been treated in conditions such as myopia, hyperopia, glaucoma and cataracts, or failing that, they could have been avoided, as evidenced in the following graph: 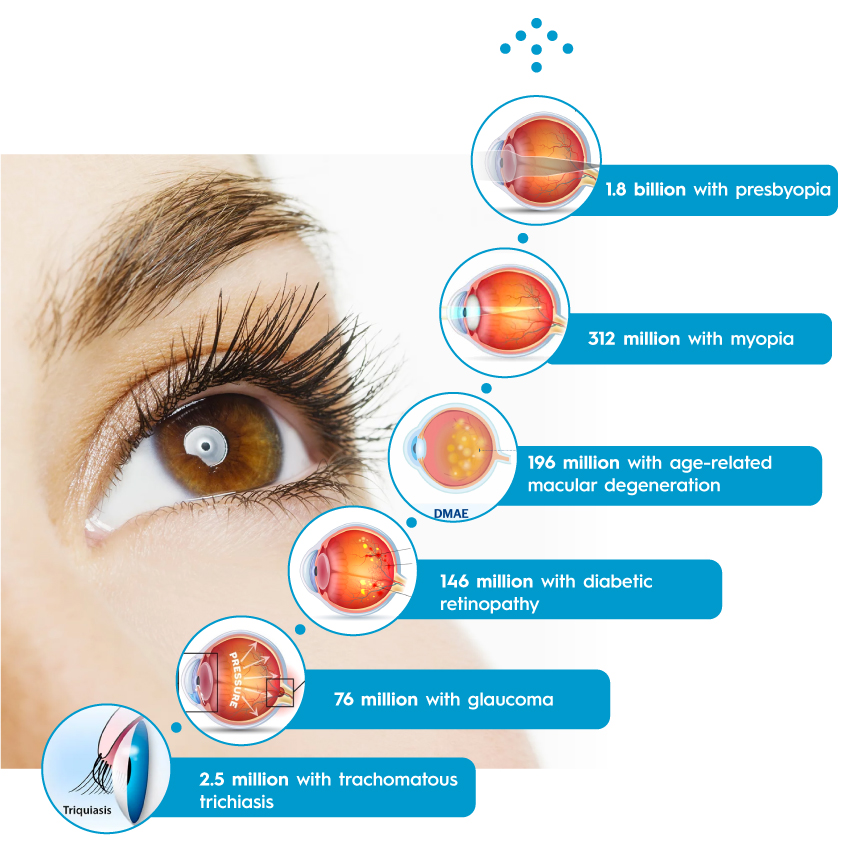 In the same way, the statistics showed that the majority of the blind people in the world come from developing countries and almost all belong to the lowest strata of society; thus, 9 million blind people live in India, 7 million are from Africa and 6 million from China. However, it was evidenced that other determining factors are: gender, age, aging of the population, changes in lifestyles and limited access to eye care, such as the majority of blind people are women and the number of children who go blind due to not receiving the necessary care continues to proliferate over time.

Finally, other conclusions reached by the World Health Organization with its report are:

Why is the World Sight Day important for CLĂŤNICA SANCHO?

In this sense, attending to an important and worrying problem at the global and national level, ClĂ­nica Sancho identifies itself as one of the few ophthalmological centers that has been working for more than 35 years with a social approach, developing, executing and leading social orientation programs. towards the most vulnerable sectors of the country, executing free eye care and lens delivery campaigns in the vast majority of Ecuadorian provinces.

In recent years, thanks to a joint effort between its Managers, Dr. Byron Sancho Herdoiza and Ms. Maritza PontĂłn, the Embassy of Israel through the Israel International Coordination Agency (MASHAV), the society of former fellows of Israel (SEADI), the Special Commission on Health and Values of the Round Table of Pan American Ladies and doctors and collaborators of the clinic and other ophthalmological centers, 3 brigades of free ophthalmological care have been carried out in the provinces of Pichincha, Imbabura and Cotopaxi, under the name of the project “Help me to see to be able to study“, where the following stand out: ophthalmological medical assistance, diagnostic tests, lens making and performing surgeries at zero cost to the patient; thus helping more than 900 children, women, the elderly and immigrants from areas with a high vulnerability index.

Thus, on September 26 and 27 of this year, the last visual care brigade was held, in which more than 500 children from rural sectors of the provinces of Cotopaxi and Tungurahua were treated. This event was carried out thanks to the help and coordination of ClĂ­nica Sancho, with the support of the Municipal Board of Latacunga, thanks to the financing of the Embassy of Israel in Ecuador, this deployment also had the collaboration of the society of former scholars of Israel (SEADI), the Special Commission on Health and Values â€‹â€‹of the Round Table of Pan American Ladies; This project had the participation of 5 ophthalmologists, 6 optometrists, and more than 25 logistics collaborators from the different participating institutions where there was a deployment of technological equipment and equipment to determine ocular pathologies in the territory, thus expanding the range and coverage of ophthalmological services to more groups at risk.

This project pursues more ambitious objectives, insomuch as it involves the delivery of glasses to children who require it and workshops are coordinated so that people who depend on a more advanced diagnosis are transferred to the clinic, can have their diagnostic tests and are can plan the necessary surgeries at no cost to patients and thereby improve their quality of life.

For this reason, ClĂ­nica Sancho joins the 2021 visual health campaign of the OMS and the IAPB #LoveYourEyes with the aim of continuing to work on planning processes and development of social aid activities to be executed within of the coming months and years, where each of its collaborating members and partners will participate solidly in health programs that generate a great impact in the community, and mainly, allow to emphasize that ophthalmological care and eye health are a human right fundamental within the path of each city, country and region.